The photos were taken on the occasion of the switching on of the Christmas lights in Castlebar this year. 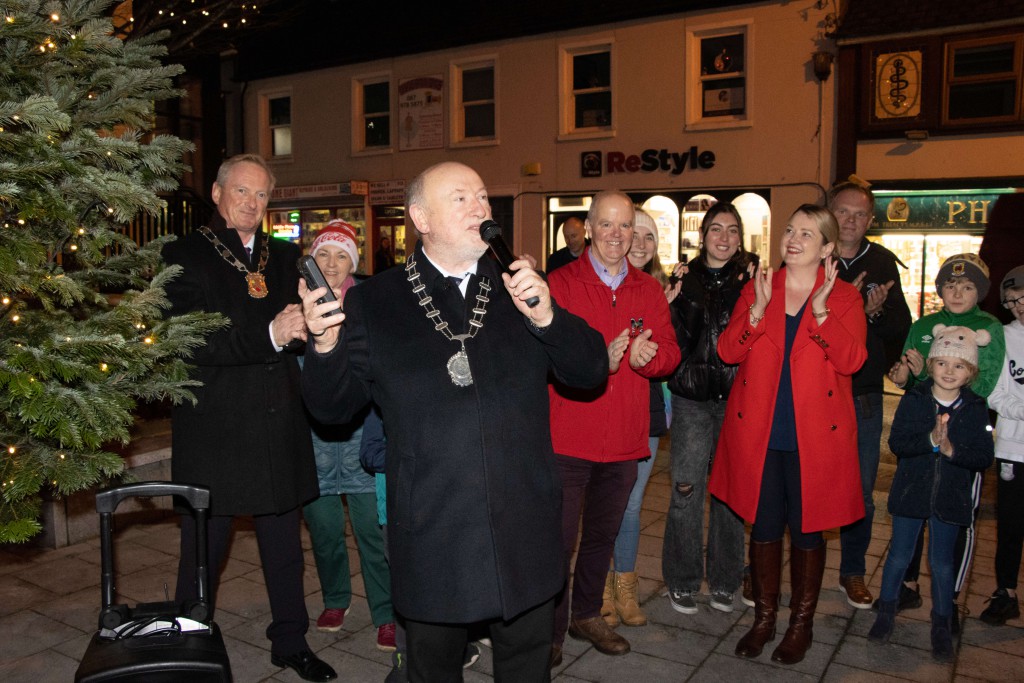 Michael Kilcoyne Cathaoirleach  (Mayor) of the Castlebar Municipal District switched on the lights in the town. Cllrs Ger Deer,  Blackie Gavin, Donna Sheridan and the President of the Castlebar Chamber  Bernard Hughes were cheering.
For this Christmas season Market Square, Main Street,  Ellison Street and the beautiful old trees on the Mall are all lit up.  Castlebar looks really well this year.
Of course the beautiful crib has pride of place on the Market Square and has been admired by the many visitors to our town. 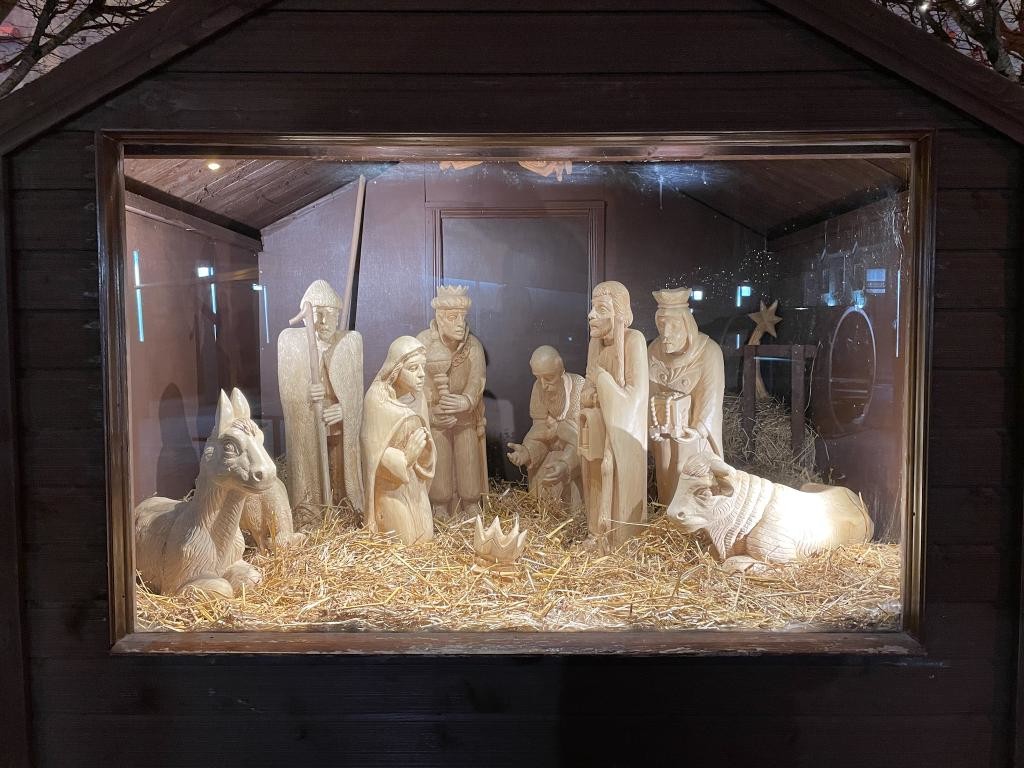